Intensification of agricultural practices, including landscape simplification and consolidation, increases in the use of pesticides and mowing frequency, irrigation expansion and the destruction of pasture lands have led to a decline of European farmland bird populations of more than 55% between 1980 and 2015, and a decline of insect population abundance of more than 76 % in a study of 63 nature reserves in Germany between 1989 and 2016. 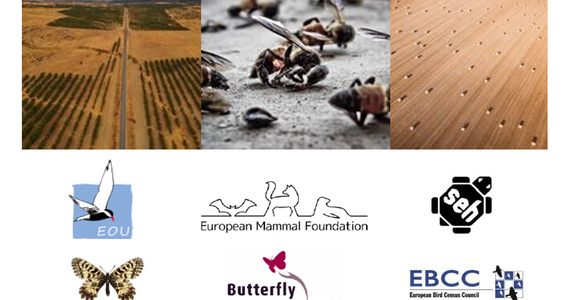