Protection of wild pollinators in the EU

Special Report 15/2020: Protection of wild pollinators in the EU — Commission initiatives have not borne fruit

On Thursday 9 July 2020, the European Court of Auditors (ECA) will publish the Special Report “Protection of wild pollinators in the EU: Commission initiatives have not borne fruit”.

It is expected that despite the good intentions and fine words from the Commission the ECA will conclude that there has been insufficient progress on the key factors that are causing the decline of bees and other pollinators.  In particular:

There has been good work by the EC, for instance the publication of new guidance for local authorities https://www.iucn.org/sites/dev/files/local_authorities_guidance_document_en_compressed.pdf  and importantly the development of an EU wide pollinator monitoring scheme remains on track, but there has been slippage on several actions and some, such as the development of a pollinator friendly Ecolabel for plants, have been put on hold. 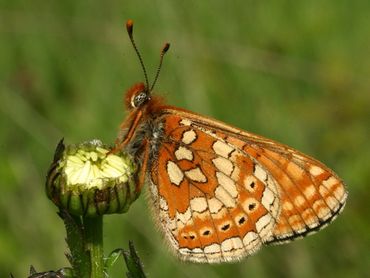 The recently published EU Biodiversity Strategy has committed the EU to reverse the decline in pollinators by 2030, but there is still no indication that the resources needed to achieve this, and other actions such as a 50% reduction in pesticide harm to bees, will materialise.

“The decline in bees and other insects across the EU is dreadful and must be rectified, while we welcome the target to reverse the declines in pollinators, the resources must now follow the words so that we restore the environment to state where the little animals can again thrive” Matt Shardlow CEO Buglife.

"A large financial commitment to the protection of pollinators is more than justified from an economic point of view, since the economy in the Netherlands alone depends for EUR 28 billion on the ecosystem service animal pollination of bees and other insects." Jaap Molenaar, Dutch Bee Conservation.

"Scientific data draws attention to the dangerous decline of pollinators: we are witnessing an ecological catastrophe that threatens the fragile balance in nature as well as our food security. We, the citizens of the EU, demand that the EU institutions act urgently to stop insect extinction and to guarantee the adequacy and transparency of the decision-making process concerning pesticides” Nicolas Laarman, Managing Director of POLLINIS.

‘Pan European monitoring clearly demonstrates that butterflies are in decline, with for example, numbers of grassland butterflies declining by nearly 40% in the last 28 years. We urgently need monitoring schemes in place across the EU to assess how the abundance of bees and other pollinating insects is changing.’   Dr Sam Ellis, Chair of Butterfly Conservation Europe 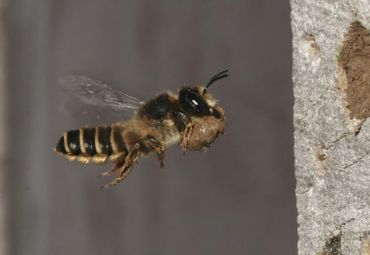 The European Court of Auditors mission is to contribute to improving EU financial management, promote accountability and transparency, and act as the independent guardian of the financial interests of the citizens of the Union. The ECA’s role as the EU’s independent external auditor is to check that EU funds are correctly accounted for, are raised and spent in accordance with the relevant rules and regulations and have achieved value for money.

In June 2018 the EC published the EU Pollinator Initiative https://ec.europa.eu/environment/nature/conservation/species/pollinators/documents/EU_pollinators_initiative.pdf . Particularly welcome was the commitment to introduce an EU wide pollinator monitoring scheme, as well as commitments to:

The EP parliament rejected the inadequate European Commission proposals to improve the protection of bees from pesticides in October 2019 - https://www.europarl.europa.eu/news/en/press-room/20191017IPR64573/meps-block-member-states-move-to-weaken-bee-protection-from-pesticides.  On the 17th March Pascal Canfin MEP, Chair of ENVI, wrote to Health and Food Safety Commissioner Stella Kyriakides in terse tones stating that “a modification of the bee guidance by 2021 is considered as too late and not sufficient” and the Parliament expects the Commission to present a new proposal in line with the Parliament’s request.

In December 2019 the EU Parliament passed a wide-ranging resolution setting out improvements they would like the Commission to make to the Pollinator Initiative.  https://www.europarl.europa.eu/doceo/document/TA-9-2019-0104_EN.html

In May the EC produced a new EU 2030 Biodiversity Strategy

which addressed a number of the requests made by the European Parliament in their pollinator motion.  The new Biodiversity Strategy includes commitments to:

This is Buglife’s campaign to take action to reverse insect decline – find out more about the other measures that we need to take to make room for insects, to make those spaces safe, and to develop a better relationship with insects - https://www.buglife.org.uk/campaigns/no-insectinction/