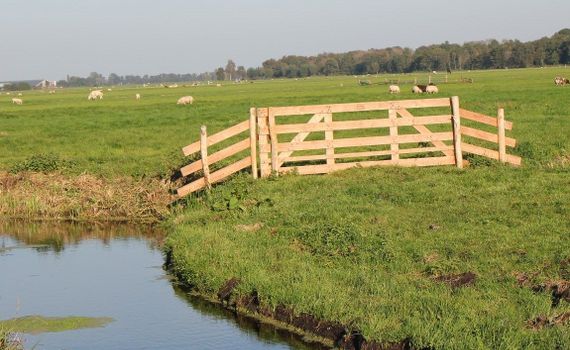 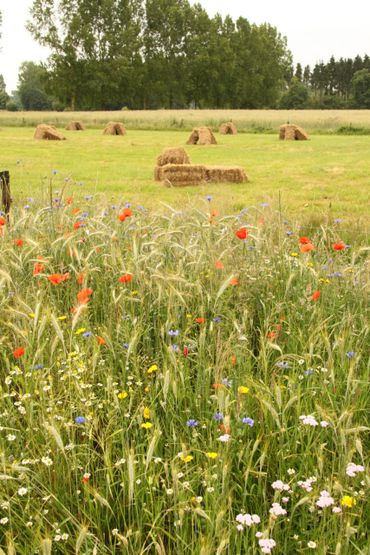 The EU Common Agricultural Policy (CAP) is at a cross-roads. Currently, much of the money goes to farms that would be commercially viable without income payments. Meanwhile, the EU is failing to meet its environmental objectives that are intimately tied up with farming and the use of rural land, in particular the target to halt EU biodiversity loss by 2010. The CAP will be reformed in 2013. BCE has contributed to the debate

The EU Commission will be publishing their initial proposals for reform in a Communication shortly.

A version of DG Agriculture's draft for interservice consultation has been leaked. Three options for reform are set out: BCE calls for significant reforms which will shift funding to the delivery of public goods, particularly biodiversity and landscape quality recovery. More funding of sustainable management of Natura2000 areas and targeted agri-environment schemes is needed. And much better protection of extensive semi-natural grassland is essential.

The European Grassland Butterfly Indicator shows declines of some 70% since 1990 and it is urgent to reverse these. Farmers who manage these HNV grasslands require much more support from the CAP. There have been significant losses of these grasslands over the past decade due to agricultural intensification in Western Europe and abandonment, predominantly in Eastern and Central Europe.

Find more information on this press release by NGO’s

Butterflies and moths have complex lifecycles and are dependent on a mosaic of habitats that meet their needs at all stages, including particular food plants for their larvae and nectar sources when they are adults. They can be good indicators of a healthy environment. Grassland butterflies thrive best where farming maintains swards with an abundance of caterpillar foodplants. Low intensity management with sustainable grazing or mowing is important. Intensification of grassland, through fertilizer applications or by ploughing and conversion to arable crops, leads to losses of butterflies and moths. In mountainous areas, sustainable grazing of upland meadows or mowing for hay is vital. The marginal viability of many upland farms has led to widespread abandonment of farming in these areas which quite soon leads to the invasion of scrub and then to the loss of grassland butterflies like the small blue (Cupido minimus) and the dingy skipper (Erynnis tages).

For more detailed analysis see the paper: “Reversing the decline in butterflies and moths across Europe – the importance of particular farming practices and the implications for CAP reform” by Simon Spencer and Sue Collins (February 2008).

Problems for wood pasture butterflies resulting from the applic

For some butterflies a mosaic of habitats, as provided by traditional wood pastures, where meadows with dotted trees and shrubs are grazed by animals, are important. These places are often also cultural landscapes, valued by their local communities and treasured by visitors. Unfortunately, they are declining and in recent years some have been completely destroyed by the felling of the trees and removal of the shrubs so that farmers can comply with requirements of national governments and prove eligibility for single farm payments under the CAP. This is due to over zealous interpretation of the EU “no more than 50 trees per hectare” rule. In fact this rule does allow for exceptions “for environmental reasons”, but this exception is not being used to save these precious wood pastures.

Many more could still be lost as farmers in Romania, Bulgaria and elsewhere intensify their farming in the coming years. Better regulation, with Member States paying more attention to environmental consequences in their interpretation of EU rules, is urgently needed. Farmers need to be confident they will not lose payments for looking after these valuable habitats and cultural landscapes.
(picture:) The loss of wood pastures in Sweden implies serious decline in habitat for Parnassius mnemosyne.