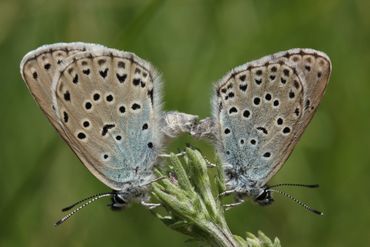 Overall, about 9% of European butterflies are threatened in Europe, and 7% are threatened at the EU27 level. A further 10% of butterflies are considered Near Threatened. The figures for butterflies represent minimum estimates as trends are poorly known in many countries, including some large eastern European countries that comprise large parts of the study region. Despite the lack of good trend data in some countries, the study shows that about a third (31%) of the European butterflies have declining populations, while 4% are increasing and more than half of the species are stable. For the remaining 10%, the current information is too limited to define their overall population trend. The main current threat to European butterflies is the loss of their habitat or habitat connectivity due to the changes in agricultural practices, either through intensification or abandonment.

Other important threats are climate change, increased frequency and intensity of fires and tourism development. It should be noted that both the distribution and population size of numerous species have declined severely during the 20th century (but not in the time frame of 10 years or three generations are taken into consideration by IUCN methodology), especially in Western Europe. In some cases, the few remaining populations in these countries are nowadays stable as a result of conservation measures, which means these species do not occur in the list of threatened species. 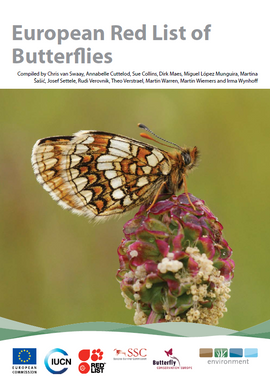 In order to improve the conservation status of European butterflies and to reverse their decline, further conservation actions are urgently needed. In particular: ensuring the adequate protection and management of key butterfly habitats and their surrounding areas, drawing up Species Action Plans for the most threatened species, establishing monitoring programmes, improving land management policies such as the European Agricultural Policy, and revising national and European legislation, adding species identified as threatened where needed. Monitoring programmes exist in only a small number of European countries and need to be established in all countries in order to determine, objective population trends and improve the accuracy of red listing in future years.

For each of the 482 butterfly species in Europe, a data-sheet has been developed with information about their geographic range, the status of populations, habitat, and ecology, threats, and conservation actions. This information is available on the website of the IUCN. Beware that we did not produce a global assessment of the conservation status of butterflies but concentrated on Europe. Therefore the data sheets will be found under the buttons “Initiatives”, followed by the button “Europe”.