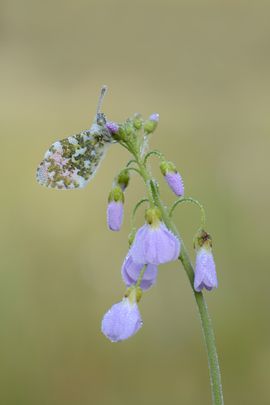 Insects are by far the most species-rich group of animals, representing over 50% of terrestrial biodiversity. Contrary to most other groups of insects, butterflies are well-documented, easy to recognize and popular with the general public. Although many people think of butterflies as the adult form flying in summer, most species occur as herbivorous caterpillars for a large part of the year, occupying all seral stages and terrestrial niches, except for dead wood. Butterflies use the landscape at a fine scale and react quickly to changes in management, intensification or abandonment. Furthermore, a sustainable butterfly population relies on a network of breeding habitats scattered over the landscape, where species exist in a metapopulation structure. This makes butterflies especially vulnerable to habitat fragmentation.

Moreover, many butterflies are highly sensitive to climate change and, because data from fine-scale mapping is available in many countries, they have been used in models predicting the impact of climate change on wildlife. Butterflies have been counted in Butterfly Monitoring Schemes since 1976. At present, these schemes are active in fourteen regions, from Finland in the north down to Catalunya in Spain in the south. Data from a large number of sites are collected together annually, representing a wide range of terrestrial habitats. The European Butterfly Indicator is an indicator, which responds quickly to changes in the environment and is thus a good indicator of changes in Europe’s biodiversity.